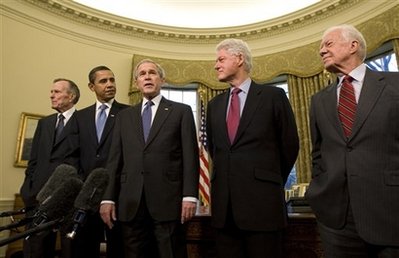 All the living Presidents we’re supposedly invited to lunch at the White House today, but a few glaring omissions from the guest list lead me to believe that this meeting is not as amiable as we are meant to believe. Here is a brief list of other living former Presidents who were snubbed by President Dubya. 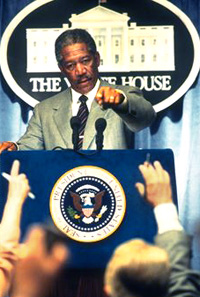 With all the hub-bub surrounding Barack Obama’s recent election, the American people have been ignoring the outstanding service of our actual first black President. After saving the world from an asteroid terrorist, this is all the respect we give him? Shameful.

A decorated war hero who parlayed his victory over the evil Darth Helmet into a successful Presidential bid, President Pullman saved us all from alien terrorists with a paticular hatred for famous Earth monuments. His rousing “Today we celebrate our Independence Day” speech has taken it’s place next to “Four score and seven years ago,” and “We have nothing to fear but fear itself” in the annals of great Presidential orations.  Again, a vicious snub of a fantastic President. 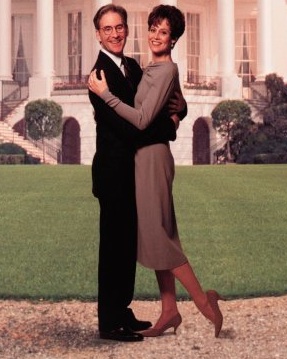 The greatest President since Gerald Ford to never actually get elected for anything, let alone the Presidency. Even Secret Serviceman Ving Rames would’ve taken a bullet for him.

Two one-termers who defied bi-partisanship when they took down the dastardly President Dan Akroyd.

President James Cromwell has served two terms in the White House, once in The Sum of All Fears and again in Oliver Stone’s W. As seen in this picture, President Freeman also served in the Cromwell administration.

President “Guy Who I Always Think Is James Cromwell, But He’s Not”

No no no no no, not Gerald Ford. Harrison Ford. Dubya may have fought a “War on Terror,” but President Indiana Jones Han Solo literally fought terrorists with his bare fucking hands. God I love democracy.

A controversial President whose competence was questioned during the infamous Hot Shots-gate of the early nineties. 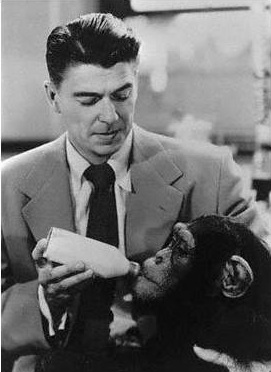 Okay, you probably get the joke by now. These are all movie Presidents, not real ones. So finally, I want to celebrate the best actor who played the Prez: Ronald Reagan. Wait what? He was really President? You’re kidding me? Really? The cowboy guy with the monkey? What the fuck? Well shit, there goes the Oval Office…