As usual, fandom is up in arms about some bullshit. This time it’s a rumor that James Bond will be passing his license to kill to actress Lashana Lynch in No Time to Die, the next entry of the long-running franchise. This would of course make Lynch both the first black 007 and the first female 007. Personally, I think Lynch has the swagger and badassery to be a great 007 but others have lambasted this as a betrayal of the character. A recent poll has revealed that three out of four people do not want a female 007. 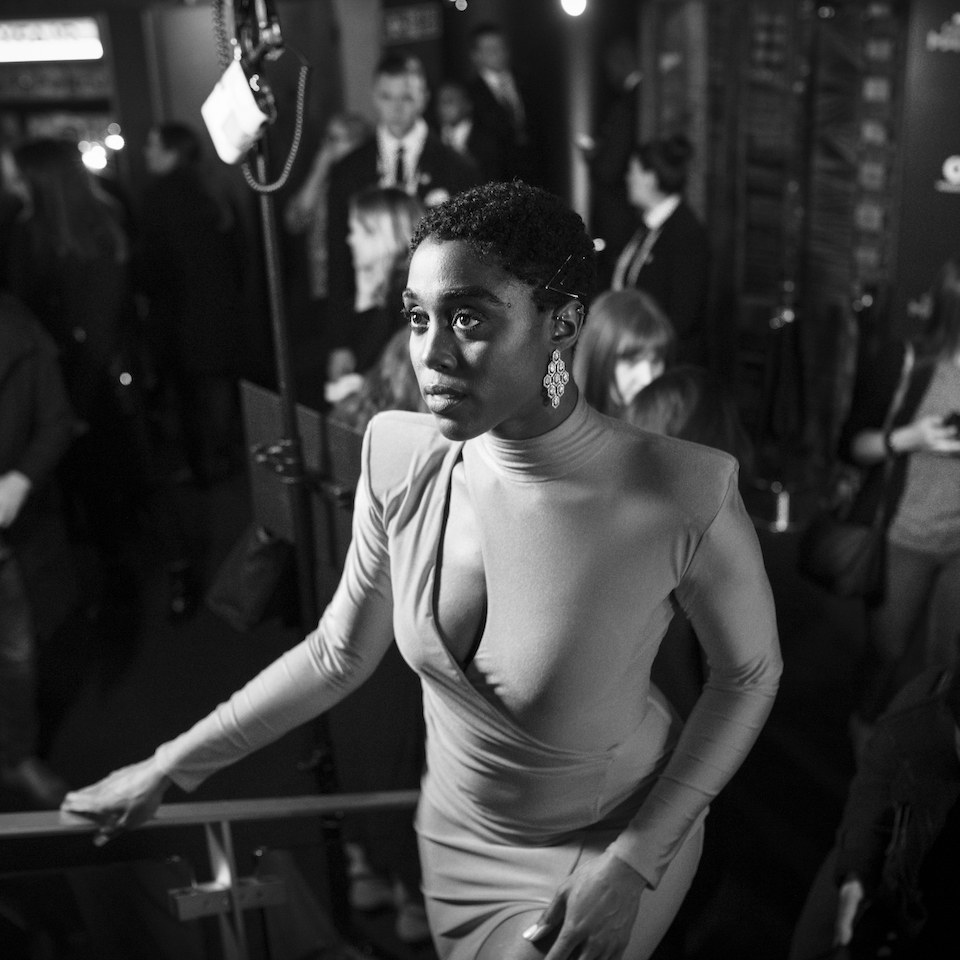 For me, making Lashana Lynch a new 007 but not a new James Bond is a clever way of keeping the character of James Bond who he is, but freeing up the narrative to make 007 who she is. As a life-long Bond fanatic, I’m curious to see them try something new and confident that the world will keep turning if it doesn’t work out. First of all, making Lashana Lynch 007 isn’t “crazy.” And even it it were, there are plenty of times the Bond franchise has done things “crazier” than handing over the 00 designation to someone who doesn’t resemble the previous person to hold the title. Here’s my list of the Seven things Double-O-Seven has done that are stupider than being a black woman:

That’s right, this wouldn’t be the first time 007 has changed races. Only instead of a reasonable explanation like James Bond retiring and passing the baton to a black woman, they like literally gave him a racial makeover in 1969’s You Only Live Twice. That’s right, in order to help him go undercover as a local fisherman, James Bond is given some sort of race transplant to turn him Japanese. For some reason, the procedure is also carried out by a bunch of hot, giggling girls in bikinis just to make it more James Bondy. Ultimately, turning Japanese just means putting James Bond in Spock makeup. Although the race operation is seemingly a painstaking process, it is magically reversed between shots later in the movie, making this plot point far stupider than having 007 be a black woman.

At a certain point in the early-eighties, James Bond became so goddamned stupid that they gave him literal clown shoes and a red nose in the movie Octopussy. In a getup that would make even the Joker and Harley Quinn blush, James Bond enters a circus arena and defuses a nuclear weapon dressed like Bozo the Clown, Ronald McDonald and Pennywise the Dancing clown had a conference call to decide what to wear that day. However they handle the passing of the baton in the new Bond flick, I can guarantee it cannot be any stupider than James Bond literally running off to join the circus.

By the time Roger Moore got to his last Bond movie, they had to up the ante on stupid. So in the opening sequence, James Bond turns part of a snowmobile into a snowboard and cowabungas down a Siberian mountain to escape the Ruskies while a shitty synthesizer cover of California Girls blasts in the background. Wow, so fucking stupid.

The last of Pierce Brosnan’s movies, Die Another Day, is chock-filled with shit stupider than being a black woman. In the very first scene, James Bond infiltrates the most reclusive and secretive nation on the planet, a place almost completely cut off from outside influence, literally called “Hidden Kingdom.” Does he parachute in or dig an underground tunnel? No, he fucking surfs right across the 38th Parallel. If Douglas MacArthur tried that, the Korean conflict would definitely not be the “forgotten war.” Hell, even Dennis Rodman wouldn’t try a stunt this stupid. At least they didn’t play a Beach Boys song, that would make it almost as stupid as a later scene in the movie where James Bond gets a chance to…

Yes, the stupidity of Die Another Day subsides a bit after the surf opening and manages to be a regular movie for a while, even during the Madonna part. But it all goes down hill when the Ministry of Silly Walks from Monty Python shows up and gives Bond a car that makes him invisible. Yes, James Bond gets a gas-powered version of the Harry Potter Cloak of Invisibility. Yeah, I know that the military is developing versions of cloak technology but this was back in 2002, and even the Klingons didn’t have shit that literally made you invisible. Some assholes may think having a black woman as 007 is crazy, but I’m sure we’ll at least be able to see her.

006 Throw his Peepee at Someone

So the canonicity of Never Say Never is disputed since may consider this to be an “unofficial” James Bond. But as far as I’m concerned, if James Bond is in a movie — especially if Sean Connery is playing him — it’s official. And in this movie, James Bond takes a jar of his own piss and throws it at a guy. For some reason it burns the guys eyes so badly that he falls into a bunch of glass and dies. I haven’t had a lot of urine tossed at me, but I don’t think that’s how it works. I do know that when we finally get a black woman as James Bond, she won’t be drowning her adversaries in piss.

As crazy as it sounds, there has been casting drama around James Bond movies since the first 007 was announced over fifty years ago. Yes, even Sean Connery, widely-regarded as the quintessential James Bond, was controversial pick. Bond purists complained that Connery was Scottish so he couldn’t possibly be a British spy! Fortunately, Ian Fleming retconned Bond’s ancestry in a later 007 novel to give him Scottish roots, putting that furor to bed.

But even the next James Bond wasn’t British, he was Australian. In fact, it would take over a decade of James Bond movies to finally get a British 007, and he was the guy who literally dressed up like a clown! After Roger Moore, it took another twenty years to get a British James Bond again. Timothy Dalton was born in North Wales. His pops was a Brit but Mom was an American with Italian and Irish roots. I love the Dalt but that’s hardly heraldry to write home about. What about Pierce Brosnan? Well turns out he was born in Ireland and is now a naturalized American citizen. And even when they finally got another British 007 in the form of Daniel Craig, there was still an outcry because — GASP — he was blond! So that means that only a paltry 1/3 of 007s up until now have been British. But guess who is British? Lashana Lynch. She was born and raised right in jolly old London, making her about as British as tea and crumpets or whatever. That’s right, as “crazy” as it sounds making a black woman the new 007, she is actually more qualified to be a British spy than the vast majority of actors who have taken up the designation. And I can tell you one thing, however No Time to Die turns out, Lashana Lynch will not be an invisible, piss-tossing, snowboarding clown in Asian face.